The researcher from the University of Montreal (Canada), Gilbert Bernier, has discovered, in a work published in the journal ‘Nature Communications’, a new function of the BMI1 gene that could serve to protect against Alzheimer’s. In his laboratory, Bernier observed that this gene is capable of preventing, among other things, the excessive formation of G4 that interrupts the functioning of neurons.

” This discovery adds to our understanding of the fundamental mechanisms that lead to Alzheimer’s. There is still no cure for this disease, which now affects nearly one million Canadians. Any advance in the field brings hope to all of these individuals and their families. ” , has explained.

In previous articles published in the journals ‘Cell Reports’ and ‘Scientific Reports’, Bernier showed that the expression of the BMI1 gene is specifically reduced in the brains of people with Alzheimer’s disease. It also showed that the inactivation of BMI1 in cultured human neurons or in mice was sufficient to recapitulate all the pathological markers associated with Alzheimer’s disease. 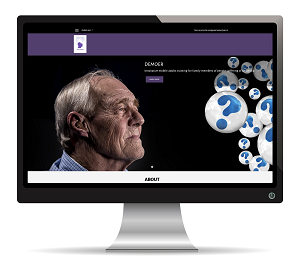